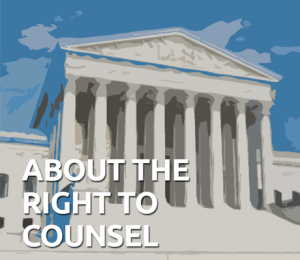 In last week’s decision, United States v. First, No. 11-30346 (Oct. 1, 2013), the Ninth Circuit held that “although the right to counsel in 921(a)(33)(B)(i)(I) includes a Sixth Amendment constitutional minimum in all state and federal proceedings-and indeed a more expansive right to counsel in many states-a misdemeanor conviction obtained in tribal court may qualify as a predicate offense to a 922(g)(9) prosecution so long as the defendant was provided whatever right to counsel existed in the underlying misdemeanor proceeding.”

Because Indian tribes are quasi-sovereign nations, the Sixth Amendment right to appointed counsel does not apply in tribal court criminal proceedings unless the total term of imprisonment imposed is more than 1 year. U.S. v. Percy, 250 F.3d 720, 725 (9th Cir. 2001); 25 U.S.C. 1302 (c) (1968). In contrast, an accused has the right to retain counsel in Tribal Court no matter the sentence.  25 U.S.C. 1302(a)(6), (1968). First was convicted of misdemeanor domestic violence in Tribal Court in 2003. Because his jail sentence was only thirty days it did not trigger the sixth amendment guarantee of appointed counsel.

When First was indicted in 2011 for possessing a firearm in violation of 18 U.S.C. §922(g)(9) the government used his 2003 conviction as the predicate offense.  Under  §921(a)(33)(B)(i), the misdemeanor domestic violence conviction can only be a predicate offense if the defendant was represented by counsel in the case, or knowingly and intelligently waived the right to counsel in the case. Section 921(a)(33)(A)(i)  defines a misdemeanor crime of domestic violence as one that is a misdemeanor under Federal, State, or Tribal law.

The Ninth Circuit further held this interpretation does not violate the Sixth amendment or Fifth amendment due process based on Lewis v. United States, 445 U.S. 55, 100 S. Ct. 915 (1980).  Lewis’s prior conviction was obtained without counsel, but the court allowed it as a predicate for a subsequent conviction because the statute prohibiting certain individuals from possessing firearms imposed an “essentially civil disability.” Lewis, 445 U.S. at 67.  “Enforcement of that essentially civil disability through a criminal sanction does not ‘support guilt or enhance punishment.’” Lewis, 445 U.S. at 65 citing Burgett v. Texas, 389 U.S. 109, 115. The Lewis Court agreed with precedent which held a subsequent conviction or sentence violates the Sixth Amendment because it depends upon the reliability of a previous uncounseled conviction.  However, the Lewis court distinguished those cases from gun law cases.  Federal gun laws do not depend upon the reliability of the conviction, but its mere existence.  It affirmed Congress’ reasoning that a convicted felon is a member of a class of persons who should not be allowed to deal in or possess firearms because they are potentially dangerous.  The fact their conviction was obtained without counsel is irrelevant.  See Lewis, 445 U.S. at 67.

The ninth circuit saw no reason not to apply the same reasoning to 922(g)(9) in Herron’s case.

Surely I cannot be the only one to find the court’s reasoning illogical and disheartening.  Is the court saying that keeping firearms away from potentially dangerous persons is more important than upholding the constitution?  That a conviction, by any means, is enough to take away a basic constitutional right?  Without effective counsel, the defendant is deprived of a meaningful opportunity to be heard and to present defenses.  Without that opportunity how does congress know he belongs to that class of people who should be disabled from dealing in or possessing firearms?  And do not all people have the potential to be dangerous?

The court also conveniently disregarded the first clause which reads “the misdemeanor domestic violence conviction can only be a predicate offense if the defendant was represented by counsel in the case.”  §921(a)(33)(B)(i).  The phrase “right to counsel in the case” is part of the second clause which refers to a defendant who waives his right to counsel.  Because First did not have a right to counsel in Tribal Court, he could not waive that right, and that part of the clause is irrelevant.  The first clause’s meaning is plain. It is plausible that “in the case” refers to the predicate misdemeanor proceeding, but its purpose is to safeguard the defendant’s right to counsel and due process. It is supposed to ensure that the defendant was represented in that first proceeding, safeguarding against these very circumstances – a defendant being punished based on a previous uncounseled conviction.

18 U.S.C. 924(a)(2) provides that the punishment for violating 922(g) is a fine and/or not more than 10 years in prison.  In First’s case, it did not specify whether he was facing a jail sentence, but, following the court’s reasoning, the tribal court conviction can only be used to impose a fine as punishment and not any actual deprivation of liberty.  I, for one, do not trust the government to stay within those boundaries.