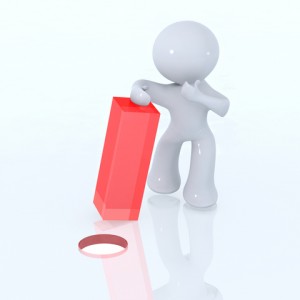 Who says lawyers are not creative? Prosecutors find ways to fit square pegs into round holes. Defense attorneys find ways to label a round peg a square. In this case, the defense called a square a square.

Defendants Clinton Thompson, Tavrion Dawson, and Samuel Eton were convicted of bank larceny.  18 U.S.C. § 844(h)(1) imposes a mandatory ten-year consecutive sentence on anyone who “uses fire… to commit any felony.” The government argued that using a thermal lance– a tool designed to cut through metal using extreme heat – is using fire.  Under the guise of this statute, the defendants received the ten year sentence enhancement. The defense argued that the extreme heat caused by the thermal lance did not constitute fire as contemplated by the statute.

The court examined the tool’s mechanics to reach its holding. The pistol grip connects to an oxygen tank on one end and a hollow steel alloy pipe on the other.  It regulates the flow of pressurized oxygen from the tank through the cutting rod. The operator squeezes the pistol grip to start the flow of oxygen and pulls the rod across the striker plate to create a spark.  The spark ignites the oxygen, causing the tip of the cutting rod to change from a solid to a liquid that can cut through metal. The defendants even sprayed the ATM with water to avoid any risk of a fire.

The Ninth Circuit held that the common meaning of “uses fire” does not include simply burning by heat, but refers to flames that burn in a sustained manner.  The thermal lance instructional manual explained that it used heat and not fire. The court found that sparks are not fire and, even if they were, they were not used to commit a felony but were incidental to the use of the thermal lance.

The Ninth Circuit reversed the defendants’ convictions under § 844(h)(1) and their conspiracy convictions. It vacated the sentences on bank larceny counts and remanded for re-sentencing.  Sometimes a square just doesn’t fit.