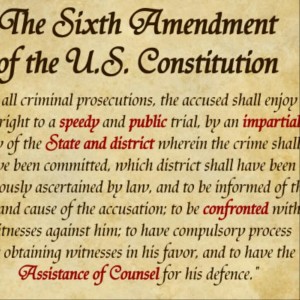 If the declarant makes a factual statement to the tribunal, then he or she is a witness. If the witness’s statements help to identify or inculpate the defendant, then the witness is a “witness against” the defendant and is subject to cross-examination.

What the test does NOT authorize:

Today’s opinion does not allow laboratory reports to be admitted into evidence and used against a defendant without effective cross-examination. Nor does it allow a laboratory supervisor to parrot the conclusions of his or her subordinates.

What the test DOES authorize:

The test allows expert witnesses to rely upon technical data prepared by others when reaching their own conclusions, without requiring each laboratory technician to take the witness stand. It does nothing more.

Our test requires cross-examination, but only cross-exanimation of the witness who gives meaning to raw data.  Not every laboratory analyst is required to testify.  See Williams v. Illinois, _ U.S. _, 132 S. Ct. 2221, 183 L. Ed. 2d 89 (2012) (plurality opinion).  If DNA evidence is used in trial, someone must be subject to cross-examination.  The “someone” required by the confrontation clause is the person who has made the final comparison that is used against the defendant.

It just so happens that the facts of this case provided the court with an opportunity to distinguish between someone who is a witness against the defendant and someone who is not.  The court held that the individual lab technicians who prepared the DNA reports were not witness, but the medical examiner who performed the autopsy and prepared the report was a witness.

Lui was charged with the murder of his fiancé Boussiacos.  Lui objected to the testimony of two trial witnesses in particular, the chief medical examiner Dr. Richard Harruff and DNA expert Gina Pineda.  They testified to the following:

In sum, the question is not whether an expert witness is exempt from cross-examination, but whether the state provided the correct witnesses.  The test helps answer this question.  First one must identify the real “witness against” the defendant.  An expert is a witness against the defendant if their statements help identify or inculpate the defendant.

In regards to Dr. Harruff’s testimony, his statements about the cause of death and the victim being dressed oddly tended to accuse Lui because it rebutted any theory that she dressed herself and died accidently.  But Dr. Harruff testified and was subject to cross-examination, so what is the problem?

The problem is that those accusations were not his.  This is the second step – subjecting the appropriate person to cross-examination. The actual statements came from the autopsy report prepared by Dr. Raven.  Therefore, she was the real witness that Lui had a constitutional right to confront.

In comparison, Ms. Peneda studied raw data and came to her own conclusion based on certain markers.  She was the actual accuser and therefore the appropriate person to confront.

Lastly, it is important to remember that this test only applies to expert witnesses.  For non expert witness the primary purpose test still controls.